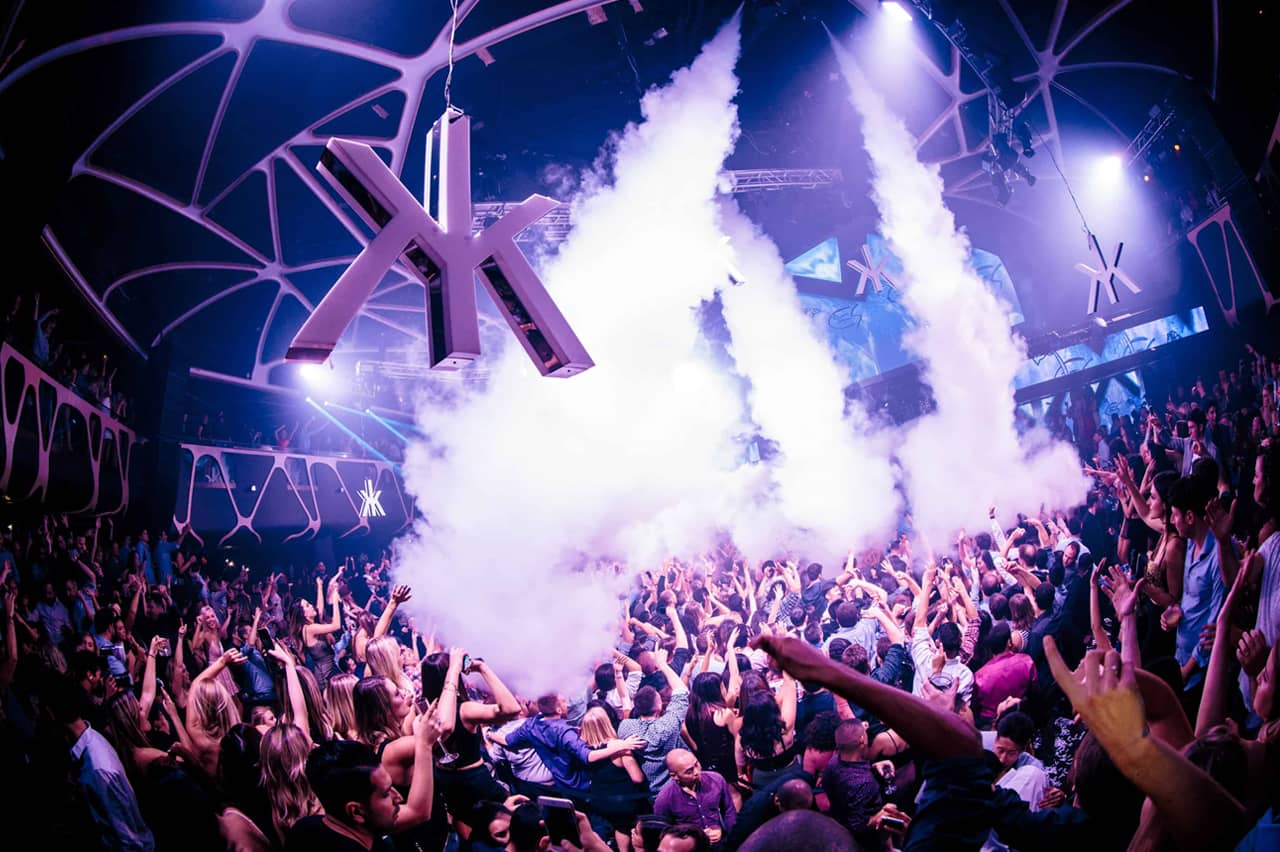 The Hakkasan Nightclub is located at the tip of the iconic Strip of Las Vegas in the MGM Grand Hotel and Casino. This popular nightclub of Sin City reflects its nightlife magnificently. The 80,000 square feet area of the club includes five levels of dance floors, private party areas, lounges, and restaurants. The first floor has the main Hakkasan restaurant, where the world-famous chefs create scrumptious delicacies. The second floor also includes a restaurant giving space for private dining. The third floor engulfs the Ling Ling room, where the DJs play Hip Hop music. The main nightclub is located on the fourth floor. The fifth floor or the mezzanine is where the resident DJs of the club play electronic/house music almost always.

Featuring dazzling light shows, huge LED screens, and giant stages for world-class performers, the Hakkasan is among the most exclusive nightclubs in Las Vegas. For groups coming to celebrate a fun bachelorette party in the city, Hakkasan nightclub offers an exhilarating way to do so.

Where is Hakkasan Nightclub?

Tao Group Hospitality has bought out Hakkasan Group, creating a major shakeup in the nightlife industry. The combined company operates 61 entertainment, dining, and nightlife venues in 22 markets across five continents.

How to get into Hakkasan Las Vegas?

The Hakkasan Nightclub resides in the MGM Grand Hotel. So after you enter the hotel, walk through the casino and follow the signs leading to the nightclub.

What time does Hakkasan open?

Hakkasan opens every Thursday, Friday, and Saturday, and the opening time is from 10:30 PM to 4 AM.

What is the wait time for Hakkasan?

Expect to wait for 1 to 2 hours on Fridays and Saturdays. You will not have to wait for long on Thursdays, but expect to wait for some time if a world-class DJ is performing on this day. However, you can avoid long queues by arriving 10 to 15 minutes early.

How much is the Hakkasan nightclub cover charge?

What are the best nights to go to Hakkasan?

Hakkasan Nightclub is the best to visit every night it is open i.e. from Thursday till Saturday. The top-tier DJs like Tiesto and Calvin Harris can come to perform on any of these nights and heighten the elite ambiance of this luxurious nightclub.

What time does Hakkasan close?

Typically closing time is around 4 AM.

How old do you have to be to go to Hakkasan?

You must be at least 21 years old.

Can you wear jeans to Hakkasan?

Jeans are permitted as long as they are worn smartly with shoes and a collared shirt.

How much is Hakkasan per head?

General admission starts at $30 for women and $50 for men and can increase based on weekend and performer.

How strict is Hakkasan dress code?

The dress code at Hakkasan is upscale fashionable attire. It does not permit hats, sandals, sneakers, hard-soled shoes, boots, ripped or baggy clothing, and athletic wear. Collared shirts are compulsory for men.

How much are Hakkasan VIP tables?

Entry-level tables begin at a $2000 minimum and can go up to $8000. The pricing of VIP tables also depends on the location of the table in the club.

Who are the resident DJs of Hakkasan?

What time does the headlining DJ usually perform?

The headlining DJ usually arrives by midnight and starts the performance by 1:00 am at Hakkasan.

Does Hakkasan have a dress code?

Whenever in Hakkasan nightclub, dress to impress. Guys should wear a collared shirt, with dress pants or jeans and complete the outfit with nice dress shoes. Women can wear any upscale casual dress making them look classy and sexy.

Can you gamble at Hakkasan?

Yes, as the MGM Grand Hotel and Casino houses the Hakkasan Nightclub, you can try your luck at the casino here.

What kind of music does Hakkasan play?

The primary music you can listen to at the Hakkasan is EDM and house. However, the Ling Ling room of the club has Hip Hop DJ performances.

How much are drinks at Hakkasan Las Vegas?

How much is bottle service at Hakkasan Las Vegas?

Bottle Service or VIP Tables at Hakkasan range from $750 to $8,000. Bottle service costs may vary depending on the DJ performing in the club, the size of your group, the bottle of alcohol you choose, and the place of the table in the club.

What is included with the bottle service?

Yes, there is a guest list for Hakkasan Nightclub. The women on the guest list get in for free while men will either receive free or discounted entry to the club. The Hakkasan guest list usually closes around midnight to 1 AM. But, if you arrive late you may have to wait in a very long line. We generally recommend that guests arrive by 11 PM to ensure smooth guestlist entry.